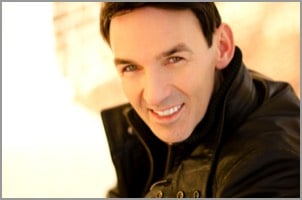 A Kinsman to Danger – German Premiere

7 PM in the Rossini-Saal: Concert introduction with Param Vir and Dr. Tilman Schlömp.

8PM in the Rossini-Saal: Performance by Jeremy Huw Williams and Axel Bauni

The Welsh baritone Jeremy Huw Williams studied at St John’s College, Cambridge, at the National Opera Studio, and with April Cantelo.  He made his debut with Welsh National Opera as Guglielmo (Così fan tutte) and has since appeared in more than sixty operatic roles.  He has given performances at major venues in North and South America, Australia, China, Hong Kong, and most European countries.He has given recitals at the Wigmore Hall and Purcell Room, and at many major music festivals.  He frequently records for BBC Radio 3 (in recital, and with the BBC NOW, CBSO, BBC SO, BBC SSO, BBC Philharmonic and BBC CO), and has made many commercial recordings, including ten solo discs of songs.As a principal singer with Welsh National Opera he appeared at the opening night of the Wales Millennium Centre, and received the inaugural Sir Geraint Evans Award from the Welsh Music Guild.He was awarded an Honorary Fellowship by Glyndwr University in 2009 for services to music in Wales, and received the Honorary Degree of Doctor of Music from the University of Aberdeen in 2011.

About A Kinsman to Danger

This is Param Vir's first song cycle for baritone and piano. It was written at the request of the Welsh baritone Jeremy Huw Williams and jointly commissioned by PRS Foundation and Kissinger Sommer.  He has given several performances of the work worldwide and further performances and a recording are now being planned. Param Vir is supported by PRS Foundation.
Learn more about A Kinsman to Danger>